Reality error. Started 12/04/2015
April the 1st has passed. I seem to have survived, but my sense of reality is seriously bent. It all started in the morning when I went to the loo, now you don’t really need to know that, and are probably starting to worry. Stop worrying, it’s not going to turn into an organ recital. In the loo there’s a small 6″ by 9″ oblong mirror, conveniently placed for the examination of any bits of my head that might need cleaning (engine oil, paint etc) bits of grit in the eyes, haircut time and all those little tasks for which a mirror is so useful.
Perusing the phiz as one does, I noticed a strangeness, or one more than usual. The mirror did not show the top of my head, which it had previously. I know because I use it to see if my hair is standing up in the ‘Emperor Penguin’ style it takes to occasionally.

This led me to the conclusion that the mirror was lower than before, but the string was unchanged and the nail ditto. I hadn’t changed my carpet or shoes, shun thick socks and couldn’t put it down to spinal decompression as it was the regular time of day for such a visit. So what happened to the two inches of either added to me or lost from the wall? I would be concerned if I lost 2″ in height, but to gain it at 60 something? Fortunately my shirts still fit. I had to stand back for the photo, so it’s actually worse than it looks, I have to crouch to see my eyes.
Cars.
Putting mirror movement down to just one of those inexplicable phenomena that let us ignore reality mis-matches, I went to get the Midge out for an MOT. It started easily and I set off. After a half mile the engine started missing, so I stopped and put the spare gallon of petrol in. The car has a rather small tank and a somewhat approximate fuel gauge, so it’s not unusual. However the fault didn’t go away and I deduced a blocked main jet in the carburettor. I returned home, cancelled the appointment and cleaned the carburettor jet. Restarting caused petrol to leak enthusiastically, suggesting a sticking float valve. I paused and thought about it.
House.
Meanwhile the next stage of upgrading the houses continues, both houses are due to be clad and re-harled. i.e. a layer of insulation put on the outside of the houses and then pebble-dashed. They should hold the heat better and look quite a bit tidier. Our house has been painted by ‘professionals’ relatively recently, but they turned out to be idiots, and while there is nothing wrong with the paint, the preparation was slip-shod and it all started peeling off after a few years.

This should solve the problem, I’ll be looking very carefully at the warranty though. We will be doing a bit of internal insulation at the Old Manse later, and will be increasing the loft insulation at the rental house. That won’t bring in any increase in rent, but will make the tenant cosier, especially if we can install a wood pellet burning central heating system.  At the moment we are waiting for the last of the paper-work to arrive so that we can get going.
Weather.
The weather continues to be a bit peculiar, yesterday, the 13th, provided sunshine, wind, hail, rain, calm and snow in a variety of mixes, and then the temperature went up in the night. The only predictable bit was the fact that it was generally lighter during the day than the night. Errol the Cat spent quite a bit of time explaining how the hotel services should include weather control. He then sat, rather pointedly, in front of the wood stove, alternately looking at it and me. I explained that it was actually quite warm, but apparently it’s a subjective kind of thing.
​    Having used the wood burning stove quite a bit over the winter I found the wood-pile to be somewhat diminished. Fortunately the proposed summer house requires a few of the trees to come down. They had been a hedge when the previous owner planted them, but had out-grown their usefulness. Two of them are now chopped, split and stacked in the re-organised wood-shed, and there will be a few more joining them once the wind drops. There isn’t much room for tree felling, so I’m using a technique I developed recently where the tree comes down slowly. Generally when dropping a tree the idea is to avoid ‘hanging’ it on others, this way by hanging on purpose, using chains, it has made life somewhat easier, and the last one came down (with three inches of clearance on each side) over about five minutes.
There are five Sitka Spruce trees that were planted in the field, now the wood, by persons unknown, being in amongst the trees (that we wanted planted there) was some danger of collateral damage. That and the proximity of the road means I shall get plenty of practice at the ‘slow drop’ and although Sitka is rubbish wood for burning, it will add to the stock when properly seasoned.
Tractor
Gradual progress can be reported, we now have four new tyres and tubes on repainted wheels, and the brakes seem to work. The bonnet is repainted and various mechanical faults corrected. The steering, tool-box and dashboard are refurbished and the exhaust and swinging draw-bar replaced. Various other bits are tidied up and the arrival of the fan-belt should allow me to start Fergie up. Not a very unusual name for such a vehicle, but it seems to have stuck.

Hopefully, once I have a hitch-pin, it will be ready for picking up the Sitka logs. There’s a bit more painting to do, but I’m not going for concours qualities, just as well given my spray-painting skills. I’ll be working it in the field rather than on the cat-walk. Sadly it looks as though I’ll have to split it, (i.e. separate the engine and gearbox) because the clutch is very ‘snatchy’ and tends to drag when cold. It’s quite a big job, but not particularly difficult, just heavy, and slow. I know Dad did it once, so I’ll be looking for some advice from the other side. Here’s a picture from John, another TE20 enthusiast who had to do some clutch work. I wish my garage was as tidy as his. (Though not enough to actually tidy it.)

Health
It’s a pain in the butt, as they say over the pond, I managed to get some kind of head-cold. Double vision, severe headache behind the right eye. Temperature control off-line and only firing on one cylinder. Weak as the proverbial. Still it’s not all bad, I listened to the whole 3 hours of Radio 4’s ‘Good Omens’ (Sir Terry Pratchett) and did not very much for two days. The blowing exhaust on the Vauxhall will have to wait, and the MOT on the Midge ditto. I thought I had simply ‘over done it’ taking down the trees where the summer house will go, logging, chopping and stacking them. Still, whatever it was it seems to be lessening and should be gone tomorrow. Mind you, I thought that yesterday.
Family
Jo, or Mum as I call her for obvious reasons, has bitten the bullet, and decided to stay where she is rather than moving house to a point slightly south of Twyford. The prospective buyers were wittering on about dozens of technical questions, wanting guarantees on this and that, and generally wanting a reduction on an already low price. This in spite of the fact that the local prices had gone significantly higher since it was agreed. They’d been told to take it or leave it, but I am beginning to think they were getting cold feet. Either way, Hell mend ’em. The advantages of moving were evaporating slowly, and the disadvantages, such as the loss of good neighbours, a good local shop and a convenient hospital were becoming more apparent. Also the new house and garden lacked a soil analysis certificate, since the site was Barny Dunford’s old scrap-yard, which would have absorbed at least some waste engine oil, that was rather important, and the builders were asking for acceptance on the unfinished house.
Politics

Did you know that if all the non voters who don’t think they can have any effect, voted Green then there would be a Green parliament?
I’m in Scotland and I am tired of having my vote ignored, so I’m voting SNP. If Westminster goes Conservative/ Red Conservative/ loony party – I’m going to dig a moat in front of Hadrian’s wall.
Advertisement 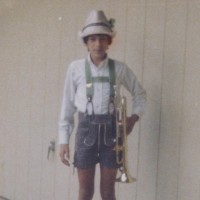 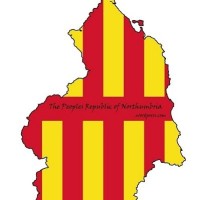